Identity, Intuition, and the Element of Surprise

Sometimes the intuition really sneaks up on you. You think that you understand something thoroughly, know all the parameters, and then there is a fact-let that comes out of nowhere and grabs you completely. The element of surprise is desperately important because it shows you that the mind can stop, it can retrieve information from a full stop position. When the mind is quiet, even for a second, originality can bleed through. A noisy mind leaves no room for anything but more of the same. It evokes repetition very nicely, but originality is not possible. When the mind has been silenced either by profound meditation, a spontaneous shift in awareness, or simply the recognition that enough is enough, then magic happens. Being bleeds through and restores the spontaneous, abrupt knowingness of truth.

In order for the intuition to go from just a flash to a consummate understanding, there has to be an array of singular recognitions, strung together. Each leads to the confounding of the other, so that there is no logic but an internal richness of direct perception. The mind in its shut-off mode, drinks in the nectar of a small interior voice that rapidly becomes operatic and huge in its attempt to grab attention. The intuitive voice becomes a chorus, a fantastic selection of song, that eventually leads to a perceptual shift in the knower as well as any who view its results.

The intuition needs lots of room and when the mind is continually being made spacious by that which will effectively clear it, the intuition will start to glisten with internal magnitude. It will spread itself over the surface of consciousness like a bright, clean glass and then the ideas of creative nuance will begin to flow. Creativity demands attention and the mind in its usual state is too busy flitting from bee to bush to pay any clear attention at all. When the mind is stopped by the flow of spiritual energy and is overtaken, then the clarity of sight, smell, taste and sound can begin to identify attributes of awareness that heretofore were unknown. The intuitive mind is one of constant listening, receptivity, and awakeness to the fountain in which the stirring of being resides.

Once the intuition has cooled, and its initial heat of recognition is no longer so highly charged, then it can form into language, poetry, music, art or scientific discovery without being hindered by the mind. It can invite the mind back, like a lover who has to be forsaken temporarily because he/she had overtaken the mind and heart. When the mind is sent back into the room, the intuition can curve back on itself and remember its inner nature. The dialogue of clarity can be beckoned and sustained.

The first step in any intuitive process is to recognize that it needs its own language. Intuition cannot live on stale bread. It has to have new avenues that strike the match of non-conformity. The language can be visual, auditory, kinesthetic, it doesn’t make any difference, but the intuition must step out on the platform of its first encounter with wonder and sustain that platform for an ideally unlimited period of time. This is no game of smoke and mirrors, but a sustained, rooted foundation in the heart of being that holds fast to the intuitive and keeps forcing it to squeeze its roots, giving rise to intensity and the passion of original sensation. In this context, one becomes on fire with one’s own sense of importance, not from the standpoint of ego, but the standpoint of the relinquishing of ego so that something larger than the context of one’s own limitations can come to pass. This process of gaining stature through shrinking the smallness of the mind, is the key to sustaining intuitive flashes and making them into a brightness that lights the stage of the heart.

Once the choice has been made to leave behind the confines of an identity once highly cherished, new identity pieces can present themselves. Identity cannot be killed; it is part of the core of life itself, but it is the clinging to identity that robs life of the bulk of splendor. When the life of the intuitive becomes something that is never left behind, when it has singed the corners of the scalp, then something magical can take over and never again can that person see themselves as just one identity but as a parceling out of personal expression so that each individual layer can be made breathless and direct. The realized person usually possesses a good sense of humor because identity in its many contexts is hilarious.

It is a variety show of the mind where one sees that each aspect of oneself is good material for the best skit in town. The cherished fundamentals are given a fresh “do” and one is able to awaken fully without spoiling the makeup of the individually encoded soul. One does not want to awaken in neutral, one wants the colors of the rainbow to show out and personify. This type of intuitive, actuality of sprung experience is the essence of the mind that is functioning from the knowledge of spontaneous knowing. It does not shirk responsibility but it is not burdened by it either. It recognizes the power of its capacity to influence without becoming enamored by the glamour of it. Thus, the intuitive, awakened mind is free and can liberate others simply by showing up.

Posted by Janet Sussman at 2:01 PM No comments: 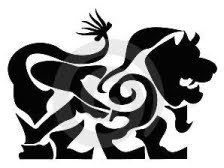